France was one of the last countries in Europe abolishing the law against encryption (which is still prohibited in the US) and will now be the first country to abolish P2P?

A pact between the French Government, French ISP’s and the local music and film industry will see French users who download material from P2P networks losing their internet access.

French internet users will face a three strikes and you’re out policy, according to the NY Times. Users will receive a warning for each illegal download before losing their service on the third infringement.

French president Nicolas Sarkozy endorsed the deal with rhetoric that is bound to win him an Honorary Life Membership of both the RIAA and MPAA: “We run the risk of witnessing a genuine destruction of culture…The Internet must not become a high-tech Far West, a lawless zone where outlaws can pillage works with abandon or, worse, trade in them in total impunity. And on whose backs? On artists’ backs.”

The Far West of where? Perhaps I’m mistaken in believing that the far East (ie China) is the global hotbed of Internet piracy…or did he mean the wild west? lost in translation perhaps.

An independent authority supervised by a judge will manage the scheme and decide if and when users should lose their internet access.

Not surprisingly the recording and music industry loves the move, with the head of the IFPI (the international recording industry body) John Kennedy telling the Times that “this is the single most important initiative to help win the war on online piracy that we have seen so far..President Sarkozy has shown leadership and vision. He has recognized the importance that the creative industries play in contemporary western economies.”

This howto will explain to you how to install a frontend on your server which is accessible via NX. This tutorial is for Debian based systems, and has been tested on an Flosoft.biz FlexServ (RPS). 1. Check the basic Debian setup. We need 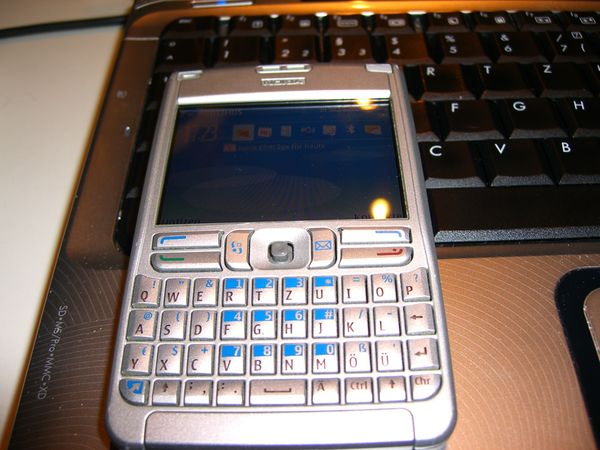 Hey, yesterday I acquired an Nokia E61, which turned out to be one of the best investments I ever did. It’s a great mobile phone. You can install a